An Update on My Book

Greetings, everyone!  I am here to update you a little on how I am coming along with my book.
First, a little bit about this book...
Death Like Sleep
The Building is just one of the provinces in the Confederation of Facta-est.  This technology filled safe haven is home to thousands.  But there are two people it can't keep safe.
When Lyric wakes up from having passed out, she finds herself in a forest with her best friend, Finn.  The two are found and mistaken for runaway soldiers.  For months, they train to serve the kingdom of Sylvae, until it is discovered that Lyric may be fulfilling a prophecy made almost 16 years ago.  But false prophecies can't come true...can they?
And now to update you on my progress...
I have gotten the first half of proofreads back from my awesome proofreader!  And the second half will be sent to her in just a few minutes!  Whew!  This has been a very long process, but so worth it.  :) I am very close to starting the publishing process (which excites me just by thinking about it!)!  I am not sure if I am going to self publish or publish traditionally, but as of this moment, I am leaning towards self publishing.  I have already created a cover for it using a very helpful post by Roseanna M. White!  http://goteenwriters.blogspot.com/2015/04/digital-design-how-to.html.
That is all for now!  *Scurries away to email the next part to my proofreader*
Have a blessed day!
No comments: 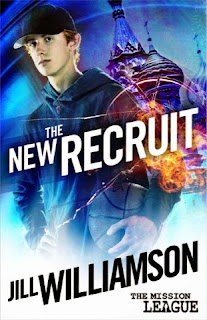 Forced to choose between military school and a Christian spy organization, skeptic Spencer Garmond signs on with the Bible geeks. But before he even boards the plane for Moscow, Spencer realizes this is no Bible club.

These guys mean business.
Stumbling onto a case involving a gang of homeless boys, a chilling tattoo, and the always beautiful Anya Vseveloda, Spencer struggles to find the faith needed to save the Mission League from enemy infiltration.
The New Recruit is the first book in a thrilling new spy adventure series designed for reluctant tween and teen audiences.

In all honesty, I was hesitant to read this after reading another of Jill's books.  But when I saw it was free on Kindle, I jumped at the chance.  And I really enjoyed it!

Spencer was such a realistic character! Though he is not what I would consider a role model character, he is well developed!  Though not my favorite character, I still root for him and want him to win in the end.  :)

Can I please talk about Gabe for a second?  Gabe is my favorite character in The New Recruit.  Definitely.  He accepts Spencer and doesn't pressure him to become a Christian.  And he is just awesome.  :) Okay, I am done with my little fangirl part.  :)

Just a little caution for readers, Spencer is not a Christian and doesn't act like one.  Sometimes he makes fun of them, calling them "churchers".  He has a past of doing drugs and has even been arrested  (Possible Spoiler: At one point in the book he is tempted to do drugs again).  Jill handles this very delicately, however.

Overall, this was a great book.  And I love the idea of Christian spies.  :) Genius idea, Jill.  I encourage you to read this book, but you may want to run it by your parents first, just to make sure.

Jill Williamson is a chocolate loving, daydreaming, creator of kingdoms and the award-winning author of several speculative fiction novels including By Darkness Hid, Replication, The New Recruit, and Captives. She got into writing one day when someone was complaining about teen books and she thought, “I could do that! How hard could it be?” Very, she soon learned. But she worked hard, and four years later, her first book, By Darkness Hid, was published and won several awards.
Jill is a Whovian, a Photoshop addict, and a recovering fashion design assistant, who was raised in Alaska. She loves teaching about writing, which she does weekly at www.GoTeenWriters.com. She lives in Oregon with her husband, two children, and a whole lot of deer.

That's all for today my dear followers.  :) Have a blessed day!

"When the Crazy Kicks In": Camp NaNoWriMo and Francesca Battistelli 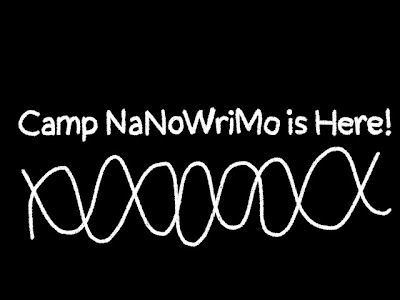 Camp NaNoWriMo is here!  The craziness begins now!  And very appropriate at this time is the song by Francesca Battistelli, "When the Crazy Kicks In".

My goal this month is to write 25,000 words and finish (or be close to finishing) The Clockshifter!