Rethinking the Time of the Dinosaurs - A Nonfiction Piece

This is something I wrote earlier this month.  It is a work of nonfiction, in case you were wondering.  :) 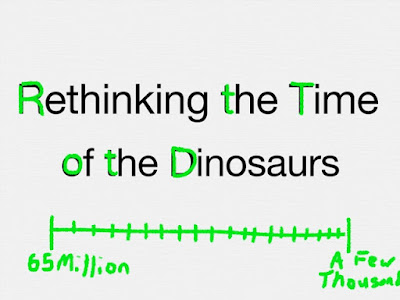 I hope you enjoyed it!  Please, please, please do not post this anywhere else and say that you wrote it as I worked extremely hard on this.  Thank you!  And a special thanks to Katie Grace for coming up with the title.  :D You are awesome!
No comments:

Everyone!  Everyone!  Gather around!  It is time to reveal the Half-Blood cover reveal!  I am BEYOND EXCITED!  *fangirls* So, without further ado, here is Half-Blood by Jaye L. Knight. 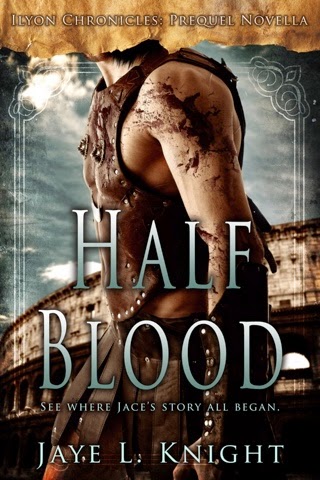 About the Book
The gasps and murmuring grew. Though some were hardly more than whispers, clear words reached Jace’s ears—dangerous, monster, animal, soulless. He tried to back away from their accusing eyes, but the collar pulled hard against his throat and held him in place.

For all his years as a slave, Jace has known nothing but the hatred people hold for his mixed blood—one half human, the other half the blood of a race considered monsters. Always, he is the outsider and quickly learns it is better to keep to himself. But, when his volatile ryrik blood leads him to do the unthinkable, he is thrown into a world of violence and bloodshed.

Forced to become a gladiator, Jace finds more and more of his heart dying as his master works to break down his will not to become the monster everyone believes he is. When a stranger interferes with his master’s harsh punishment, Jace’s world is upended yet again. But with it comes the possibility of hope that has long since died. Could the man possibly hold the key to escaping the hopeless darkness that is Jace’s life? Is there such a thing as life beyond the cruelty of slavery?

Giveaway
As part of a month long celebration for the one year publication anniversary of Resistance (Ilyon Chronicles - Book 1), Jaye is giving away several fun prizes! Enter for a chance to win using the form below! U.S. entries only please. 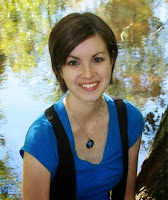 This is so exciting!  If you have never heard of Jaye and her books, please do yourself a favor and buy a copy!

How to Learn Elvish

Hello!  Today I thought that I would post about learning the Elvish language, Sindarin.  This is the language created by J.R.R. Tolkien and I think that it is awesome!  I have created a list of some resources to guide you on your journey to Rivendell.  :)
*Disclaimer* - All videos mentioned have been watched and are clean. 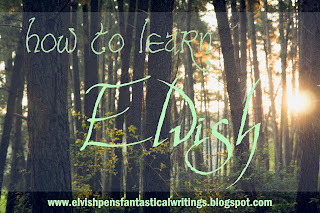 If you just want to learn some basic phrases (such as hello, my name is ___, etc.), the video below is for you.
https://m.youtube.com/watch?v=a_1XIYYMnis

For a more in-depth study of the language, here is a free paper curriculum:

Pronunciation is a difficult thing for me to do correctly when reading something, so here is a video I found.

The link that I am giving for writing Elvish instructs you on how to write your name in Elvish.  You can take this knowledge and write the Sindarin words in Elvish script.

"A Time To Die" Review 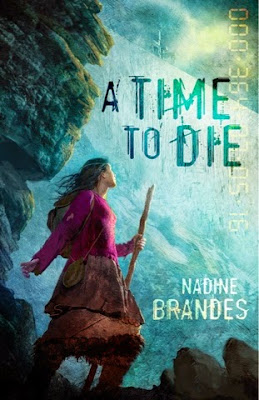 About the Book
How would you live if you knew the day you'd die? Parvin Blackwater believes she has wasted her life. At only seventeen, she has one year left according to the Clock by her bedside. In a last-ditch effort to make a difference, she tries to rescue Radicals from the government’s crooked justice system. But when the authorities find out about her illegal activity, they cast her through the Wall -- her people's death sentence. What she finds on the other side about the world, about eternity, and about herself changes Parvin forever and might just save her people. But her clock is running out.

Oh.  My.  Word.  This book was amazing!  Please do yourself a favor and go read this book.  :)  There are so many things to fangirl...I mean review about.

Characters
I love the characters in this book.  They are so real and lovable.  It was really easy to relate to Parvin.  She has real emotion towards people and situations.  Her love is real.  Her hate is real.  Her fear is real. I appreciate that she isn't close to perfect.  She has times of doubt and impulse.  She makes mistakes.  Now I will move on to Jude.  Jude isn't a cookie cutter guy whose main purpose in the story is to make readers fall in love with him.  He has some major flaws and doesn't always save the day.

Everything Else
That.  Cover.  Is.  Amazing.
The plot is awesome!  It is so very interesting and very unpredictable.  :) I love it!  I will definitely buy book 2 when it comes out!  Nadine Brandes, you have another fan right here! 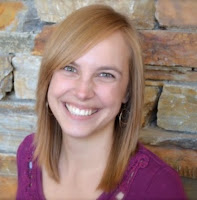 Nadine Brandes learned to write her alphabet with a fountain pen.
In Kindergarten.

Cool, right? She dealt with ink splotches before even knowing how to spell. She never decided to become a writer. Her brain simply classified it as a necessity to life -- like bathing, eating, and sleeping.

Nadine is an adventurer, fusing authentic faith with bold imagination. She writes stories about brave living, finding purpose, and other worlds soaked in imagination.

When she's not taste-testing a new chai or editing fantasy novels, Nadine is out traveling, finding new music, and pursuing active life.

Her debut dystopian novel, A Time to Die, released Fall 2014 from Enclave Publishing.

The Discovery of the Best Series Ever: The Ilyon Chronicles

Suilad everyone!  (Suilad is an Elvish greeting) Sorry for my absence.  I have been very busy with Camp NaNoWriMo and other things in life in general.  :)  Today, I am participating in Jaye L. Knight's Resistance Anniversary by posting about how I found out about the Ilyon Chronicles (which you probably know is my FAVORITE).  :D  This is a really exciting post for me!

Just a few days earlier, I had just started emailing my first Internet friend, Katie Grace (www.awritersfaith.blogspot.com).  I was out of books to read and asked for suggestions.  She recommended anything by Molly Evangeline (Jaye L. Knight's former pen name).  By the end of the first book I knew I had found my favorite author and within the next 3 days I had finished the Makilien Trilogy.  Katie told me that she was going to publish another series under Jaye L. Knight and I rushed over to see what it was about.  I couldn't wait and the first thing I did after waking up on release day was buy the book!  I LOVED IT (and still do)!!!  If we cross paths sometime I can pretty much guarantee that you will hear about Jaye and the Ilyon Chronicles.  :)  I obsess over them!

Sorry if that was a little too much fangirling for you.  :)  It is always present when my fandom is talked about.

That's all for now.  Galu!  (Galu is the Elvish word for "blessings".)

Sorry I have been absent for a while.  Fact is, things have been CRAZY in my life!  And I mean really crazy.  So even though Camp ended 14 days ago, I am going to tell you how it went...
I started out strong.  Within the first couple of days, I had written up to where I was supposed to be a few days later.  Towards the end of the month, I took a couple of days off.  And it really hurt my goal.  I also had a busy life other than writing.  I ended about 5,000 words short.
BUT...my cabin won!!!!  Yay!!!  We all were doing word wars on the last day and we made it happen!
I will try to be better at blogging from now on.  By the end of this month my life should slow down.  So here is what you can look forward to...
-"A Time to Die" Review
- "Veiled Rose" Review
- "Moonblood" Review
- Other writing posts I have yet to think of.  :)
Have a blessed day!
No comments: