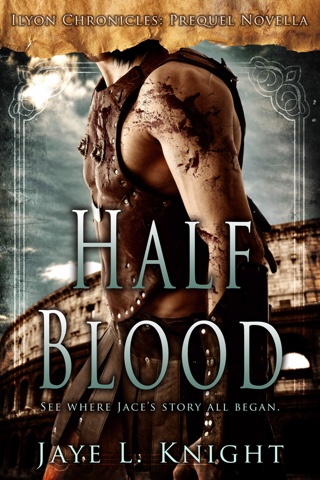 The gasps and murmuring grew. Though some were hardly more than whispers, clear words reached Jace’s ears—dangerous, monster, animal, soulless. He tried to back away from their accusing eyes, but the collar pulled hard against his throat and held him in place.

For all his years as a slave, Jace has known nothing but the hatred people hold for his mixed blood—one half human, the other half the blood of a race considered monsters. Always, he is the outsider and quickly learns it is better to keep to himself. But, when his volatile ryrik blood leads him to do the unthinkable, he is thrown into a world of violence and bloodshed.

Forced to become a gladiator, Jace finds more and more of his heart dying as his master works to break down his will not to become the monster everyone believes he is. When a stranger interferes with his master’s harsh punishment, Jace’s world is upended yet again. But with it comes the possibility of hope that has long since died. Could the man possibly hold the key to escaping the hopeless darkness that is Jace’s life? Is there such a thing as life beyond the cruelty of slavery?

I must admit, I had very high expectations for this book.  Jace has been my favorite character in Ilyon pretty much since chapter 1 of Resistance.  Jaye told us that he had a tragic past a little in Resistance, but this is where we get the full story.  This book fully met my expectations.  I cried.  Oh did I cry.  Sometimes I forced myself to put it down and wait until I was in private so I could cry.  The beginning of the book features a 6-year-old Jace that makes me want to give him a big hug even more.

Like Jaye's other books, Half-blood is fantastically written with well thought out plot and characters.

Do I recommend it?

Discover Ilyon in Resistance and The King’s Scrolls. 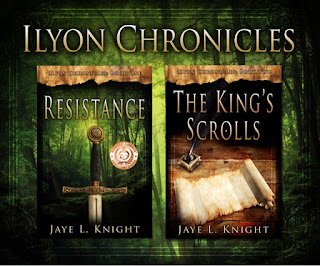 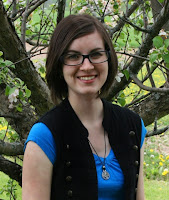 You can connect with Jaye on her website, blog, Facebook, Google+, Twitter, Etsy, and on her new fiction forum where you can interact with other readers of the series. 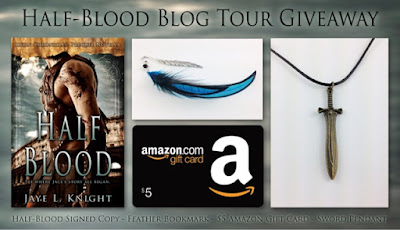 Share in the excitement of the release and enter to win a themed giveaway pack! Prizes include an autographed copy of Half-Blood, a blue feather bookmark hand crafted by Jaye, a bronze sword pendant, and a $5 Amazon gift card! (Giveaway is open to US residents only. Cannot be shipped internationally.)